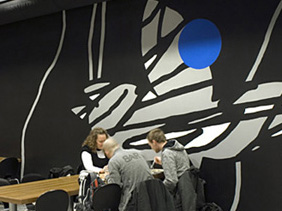 / “In 2007 I had the honor to paint the walls at the students’ own restaurant and bar STUK at Luleå University of Technology ( LTU ). Since I earlier had worked as a programmer and data systems designer for some years at the Data Central at LTU ( building up a new Publishing tool for the students and library personal ) it was extra special for me to do this work which I called “Bebop Tango” – a title borrowed from a very special tune by the very special american artist Frank Zappa.

Nice teamwork with the students and personal from LTU led to this expression – a bit of graffiti on the walls in the restaurant that in the evening turns to a nightclub filled with dancing people. The new restaurant space dressed in black elements was new, created by the architect bureau Aili & Tirsén, so the idea of this black and white with colored big dots turned out very well. We were all pleased. And thanks to excellent assistans, from my artist colleague Ola Freijd, we finished this work in one week. ” 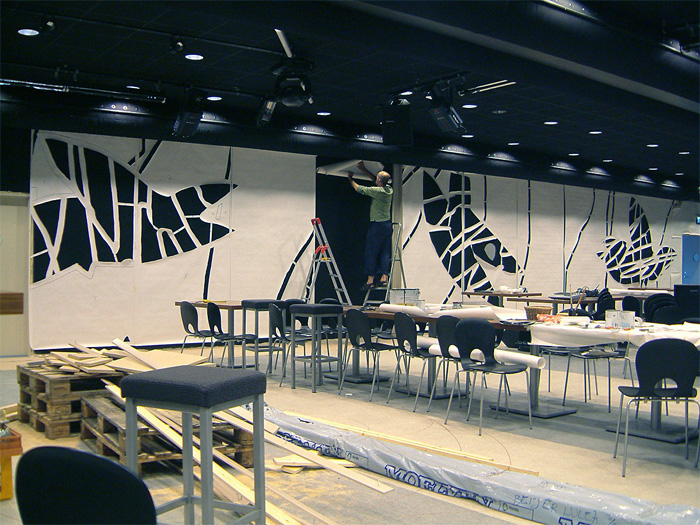 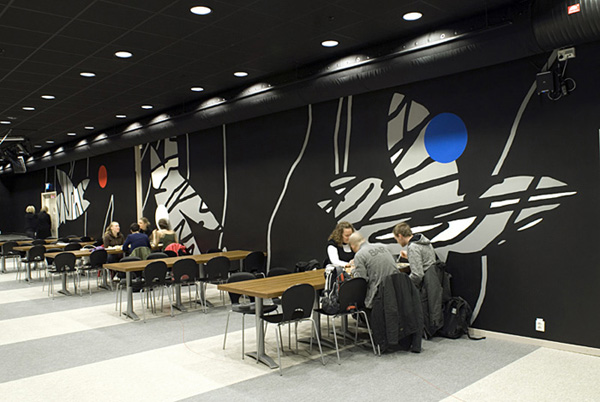 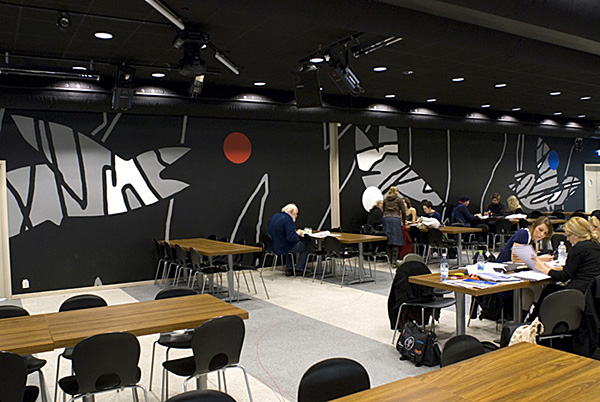 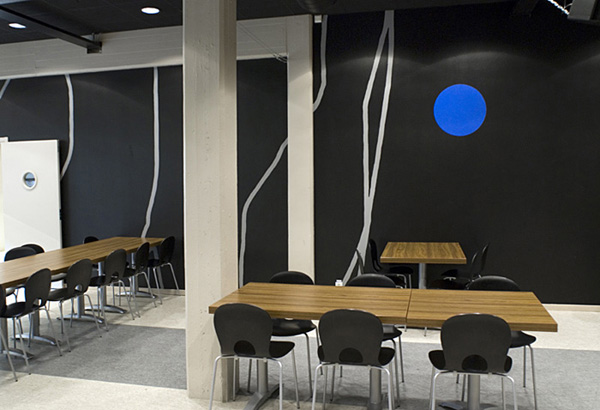 / Google translate: In the summer of 2016 disappeared this work for good. It was painted just over after receiving, according to the students, too much damage for all night club evenings. LTU-line, however, was not so happy about this. Among others, it was made a police report.